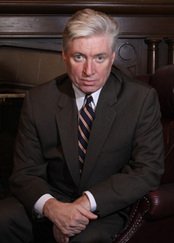 Do you want me to self promote and bloviate about me and me and me?

If so, stop reading.

Seriously, you’ve got better things to do.

What you should know about me is pretty basic.

I am a criminal lawyer.

By the way, so do prosecutors.

Some not so much.

Some not so much.

Almost all of them do.

I have won jury trials.

I have lost jury trials.

I have won court trials.

I have lost court trials

I have written briefs to reverse wrongful convictions.

I have written briefs to reverse unfair, harsh sentences.

I have won in the United States Court of Appeals for the Seventh Circuit.

I also have lost there.

I have won in the Wisconsin Court of Appeals.

I have also lost there .

I have argued on appeal before the Wisconsin Supreme Court.

I have argued on appeal before The United States Court of Appeals For The
Seventh Circuit.

I love what I do.

A vocation is easy to love.

Written on My Family’s Coat of Arms.

We will respond to your inquiry in a timely fashion. Thank you.